Contemporary electroacoustic music formed from the sound of wind rushing through invasive alien trees on Western Cape farmland. A composition inspired by the humble pencil. The uhadi bow in the environment of live electronica. A musical consideration of HAL 9000, the sentient computer from Stanley Kubrik’s 2001: A Space Odyssey. These are only some of the musical creations on show at the inaugural Bowed Electrons electroacoustic music festival, hosted by the South African College of Music at UCT.

The South African College of Music, in association with Leonardo Journal’s Laser Nomad project, is pleased to host the inaugural Bowed Electrons electroacoustic music festival. This event will feature full performances and in-depth discussions of recent electroacoustic compositions by some of the leading figures of the South African contemporary music scene. 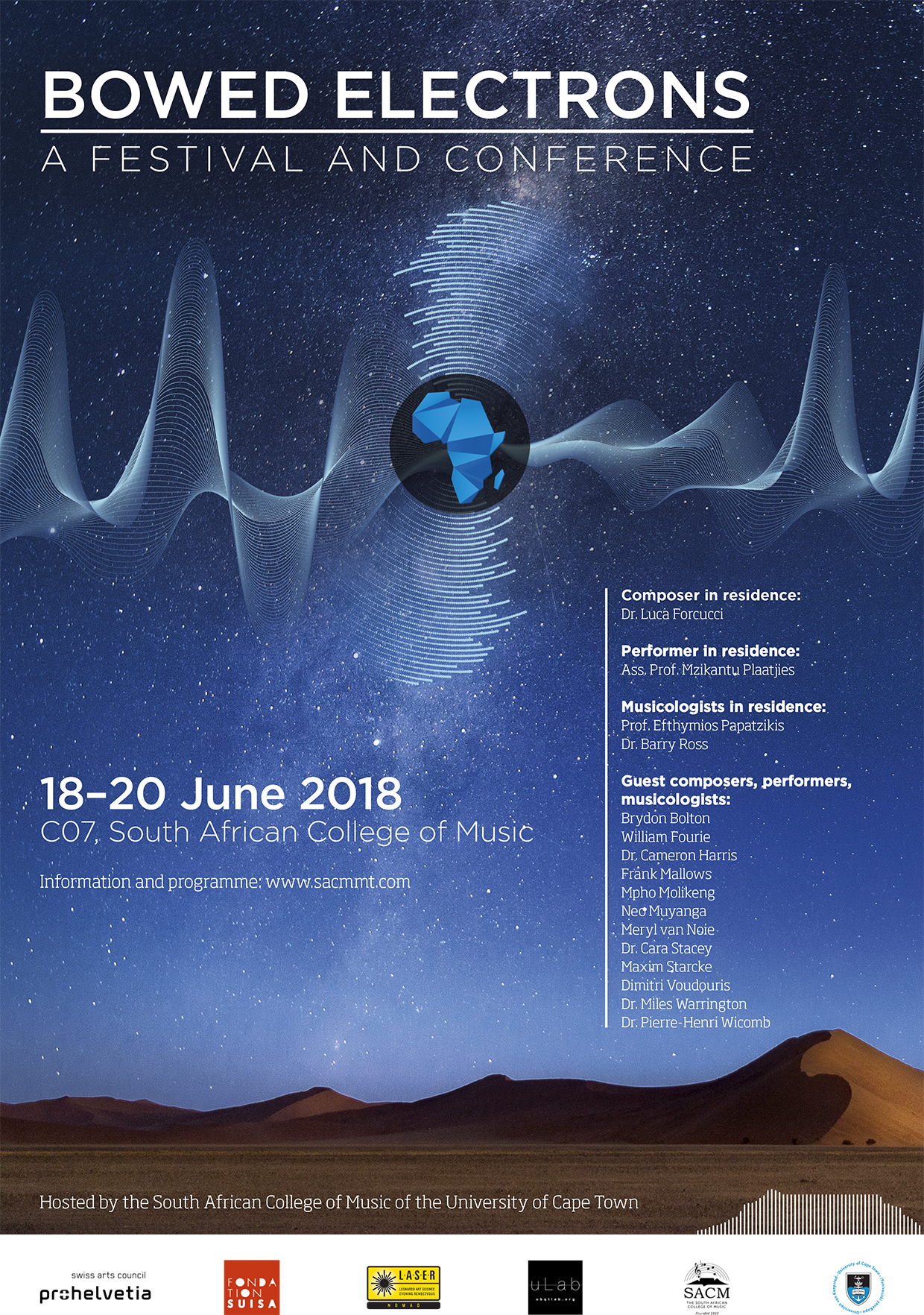